Want to visit Australia? Join the party. Australia is a popular destination year after year with holidaymakers seeking sun, adventure and iconic sights. However, the sun-drenched mega-island clocks in at over 7 million square kilometres so travellers are usually forced to narrow down their choices.

But no matter which part of Australia you choose to visit, getting there will be easy. There’s no better way to start your Australian adventure than with Etihad Airways, voted the World’s Leading Airline for eight consecutive years at the World Travel Awards. Etihad offer three daily departures from London Heathrow, twice daily from Manchester and five departures a week from Edinburgh with fast connections to Sydney, Melbourne, Brisbane and Perth via their hub Abu Dhabi. Explore even more of Australia with the Australia Skypass with Etihad’s codeshare partner Virgin Australia offering internal connections to over 45 destinations across Australia and New Zealand. On board, guests in all cabins experience unrivalled service with hundreds of hours of entertainment including the latest films and seven live TV channels plus Wi-Fi to stay connected.  Below we’ve rounded-up some of Australia’s key urban hubs to make sure you pick the right one for your perfect Australian getaway. 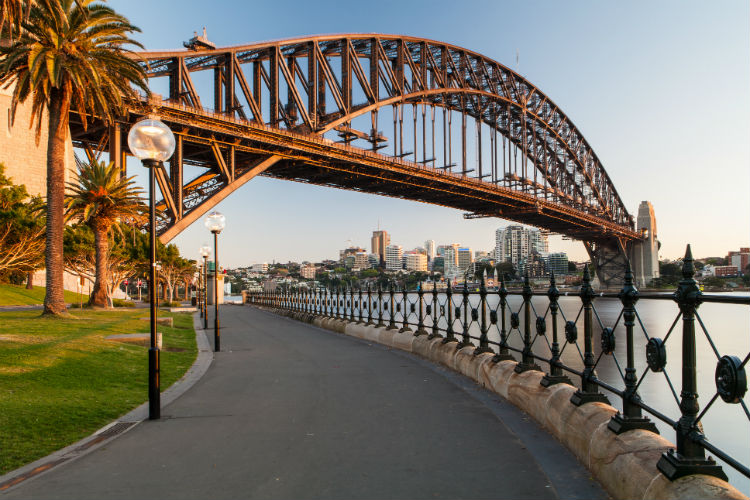 Sydney is one of those cities where there isn’t anyone it’s not for. Amazing art scene with a famous opera house? Check. A sky-touching tower where you can view the cityscape from above? Yes. Its own Chinatown? Of course. Sandy beaches? This is Australia after all. Beautiful natural wonders on the outskirts? The Blue Mountains are a one hour train drive from the centre.

Sydney has become an iconic city for many reasons, and we can’t pin-point any one type of traveller it is for. It’s multi-faceted and we recommend everyone stops off in Sydney once in their lifetime.

Who’s it for? Everyone can find their ideal holiday in Sydney. 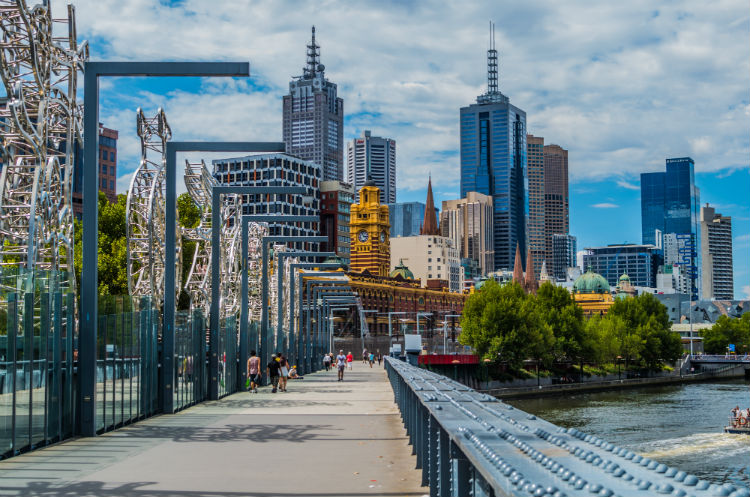 If the Australian cities were siblings, Melbourne would grow up to be the effortless hip one who made a successful living as an artist. The streets here are lined with intricate and creative graffiti art, which is the store-front for numerous quirky boutiques, basement restaurants, and roof-top bars.

Very few places in the world can compete with how trendy Melbourne is. This is a place where coffee, brunch and faux-speakeasy bars weren’t built to be part of the global trend – they have been woven into the fabric of Melbourne for years. The city is also home to multiple suburbs and neighbourhoods that infuse the city with their own brand of culture – whether you’re looking for 5-star dining, hipster brunch, tasty Vietnamese or old-school Italian, you’ll find it within these stylish streets.

Who’s it for? Artistic and cultured travellers. 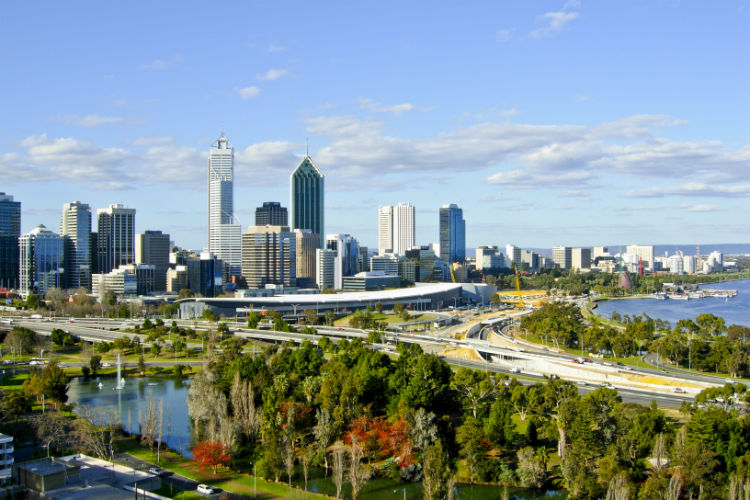 Perth can sometimes get left out in the cold when people think about Australian cities (and by cold, we mean 30 °C). But this city is the perfect base for exploring the wonders of Western Australia. Whether that be the towns of Monkey Mia or Margaret River, or heading north into Kimberley to inspect the ancient Aboriginal rock art.

The city itself however is the proof that cosmopolitan sophistication and laid-back Australian cool can co-exist. It boasts tall sky-scrapers that look out onto the sapphire currents of the Indian Ocean. There’s prosperous city-centre nightlife combined with 40km of beaches. And then we have the expansive urban park where you can find yourself aimlessly wandering for hours a time, with the sound of the city behind you.

Who’s it for? Those who want to combine relaxation and adventure with city life. 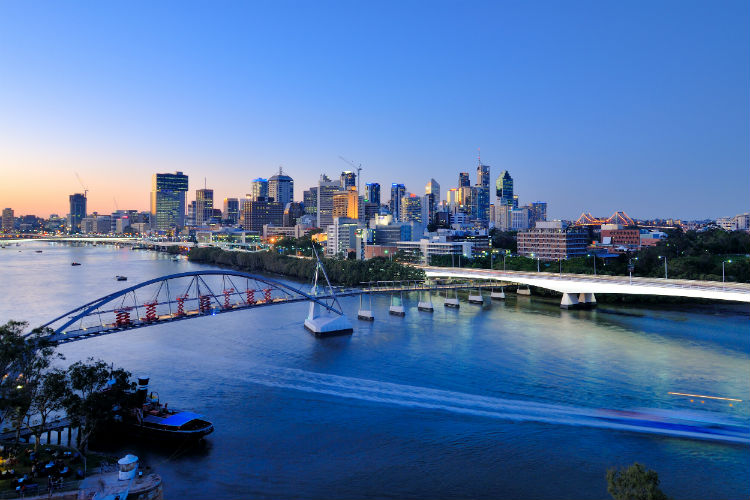 Anyone who has travelled north to explore the magnificent natural wonder that is the Great Barrier Reef, will have passed through Brisbane. While Cairns takes the limelight as the reefs nearest city, many people fly to Brisbane to have easy access to this natural wonder while having the chance to explore Queensland’s capital.

Like all great capital cities, Brisbane combines everything that makes the region what it is. In the centre is the quintessential flourishing restaurant, bar and cultural scene. While at the edges lies turquoise waves home to whales and dolphins. To the east is Moreton Bay, home to sandy isles dotting the coast, while to the south is the vineyard-laced Granite Belt.

Who’s it for? Anyone with the Great Barrier Reef on their to-visit list, who also loves a small city-break. 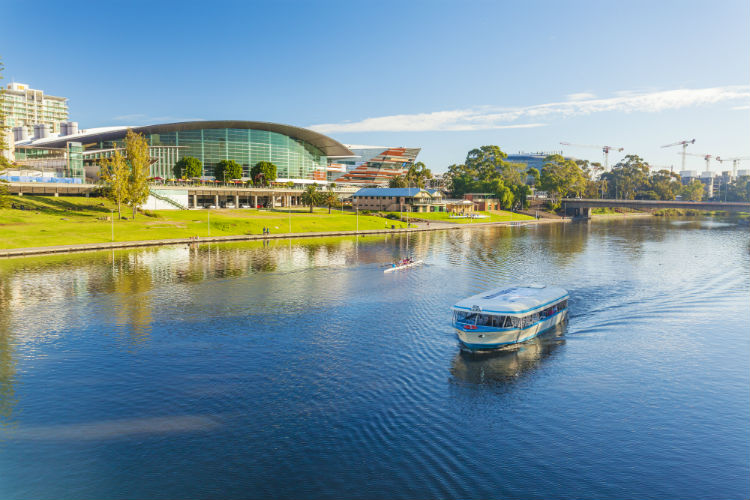 Found along the coast of South Australia, the city of Adelaide is winning the competition of laid-back cool. This cultural hub hosts the biggest Fringe festival in Australia (and the second biggest in the world) and is proud of the multiple festivals it hosts every year. Being a city of smaller magnitude allows for an inclusive community vibe, where the well-known image of a laid-back Australian is left and centre. Every day you can find locals and visitors treating themselves to the prominent café culture over some tasty brunch.

Who’s it for? Travellers seeking a laid-back city that not that many people can say they’ve been to.