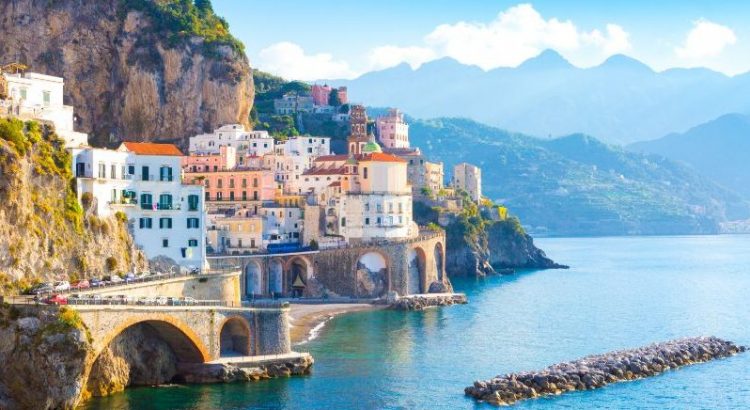 Sorrento has been a popular destination for centuries. Interest in the town was first sparked by the poet Byron then afterwards, several other famous writers followed in his footsteps including Goethe, Dickens and Tolstoy. The compact-city hasn’t changed much since then, and is still home to several ancient sites that history buffs will adore! Here are five of our favourite historical attractions in Sorrento.

Like almost all Italian cities that were founded a few centuries ago, Sorrento boasts ancient walls and gates. The Ancient Greek Gates found near Marina Grande were one of the first gates built in Sorrento – dating back to the 4th Century BC! Near the gate, you’ll also see part of the old city walls that protected the city through the Middle Ages. The Marina Grande, Sorrento’s historic harbour, is nearby.

On the surface of it, the Old Town feels a little touristy. Look past the hustle and bustle however and you’ll spot pastel buildings and an atmosphere that is quintessentially Italian. Twisting, winding streets are lined with quaint trattorias serving classic Campanian plates as well as numerous historical buildings that will take you back in time.

Named after Sorrento’s patron saint, this is the city’s oldest church. The saint’s remains lie beneath the church in an 18th-century crypt, which is also home to hundreds of silver medallions (many of them once belonged to shipwrecked sailors).

In the main church, you’ll also find Roman artefacts, dark medieval paintings, gilded ceiling, and two whale ribs by the front door (one of the saint’s miracles was rescuing a child from a whale’s stomach!).

Sorrento is just a train ride away from the infamous Pompeii and Mount Vesuvius — so close, in fact, you can trace the volcano’s outline from the city itself. Despite the damage caused, many of the ancient ruins are still intact and history buffs will examining the various structures. Audio guides are available.

If you love food as much as you love history, pay a visit to this traditional olive farm which is only10 minutes from the city. You can book a tasting and tour of the farm.