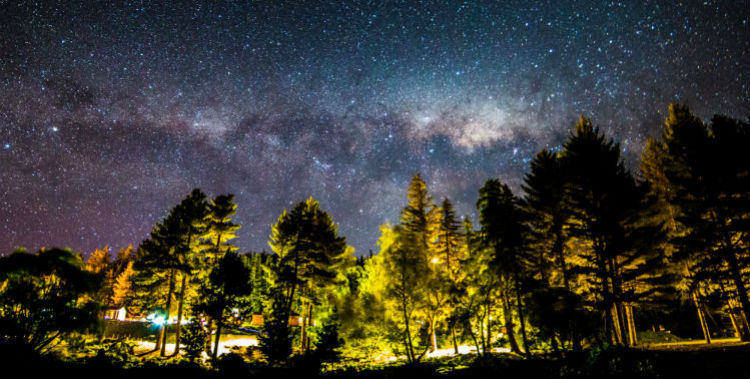 Somewhat overshadowed by the Northern Lights, the Southern Lights are a sight to behold and just as spectacular as their northern counterpart. As the name suggests, the lights can only be seen from the Southern Hemisphere, and only from a very few secluded spots.

The Southern Lights, officially known as the Aurora Australis, are best seen in the southern hemispheres winter months – July to August have significantly longer nights and darker skies, heightening your viewing chances. As there is significantly less land in the Southern Hemisphere there are fewer ideal viewing spots to see the lights, so we have put together five places to help you on your way to witnessing the incredible Southern Lights.

Thanks to a low population and low levels of light pollution, the elusive lights can be seen from several places in New Zealand. Stewart Island is one of the country’s most remote spots and the closest you will ever get to the South Pole without visiting Antarctica, making it the perfect location for some Aurora viewing. The island is home to Rakiura National Park which aptly translates in Maori to ‘land of the glowing skies’.

South Georgia Island is one of the most Southern islands in the world. During the winter months from March to September, the island can be encased by ice and completely inaccessible. Of course, the dark skies make these months the best time to see the lights, so make sure to visit in March otherwise it is just too dangerous to travel. The most popular way to visit is by cruise. As the island has no permanent residents, the clear skies make for an untarnished and unique location for Aurora viewing.

A top tip for viewing the Southern Lights is to observe them over water. This makes New Zealand’s many lakes an ideal place to view a mesmerising Aurora display. Lake Tekapo is located in the centre of the South Island and has extremely clear skies, making it a popular spot for star gazing and aurora viewing.

Mount Cook National Park offers secluded and tranquil spots to take in the Aurora Australis. Both of these areas are part of the official UNESCO Dark Sky Reserve, meaning they are recognised as having some of the darkest skies in the world. You can also climb up the mountains surrounding the lake from an even higher vantage point to see the extraordinary lights.

Tasmania’s unique southern location – that is in close proximity to the South Pole – makes it one of the best locations to view the Southern Lights. Luckily, you can be treated to views of the Southern Lights from Tasmania all year round, but your best chances are during the winter months of June to August. The aurora comes in many colours and you can watch the sky dance a variety of greens, pinks, yellows and oranges for a truly magical display. The lights can be seen from anywhere on Tasmania and views are usually only obstructed by mountain ranges, but with plenty of clear open spaces here you can take your pick of locations for unparalleled views.

Perhaps somewhat obvious, the further south you go, the higher your chances are of seeing the spectacular light show. Therefore it is not surprising that the Southern Lights have been described as being the most visible and most impressive when lighting up the sky over Antarctica. As there are no permanent residents on the whole continent, there is virtually no pollution and during the winter months the Aurora Australis is visible on a regular basis. Unfortunately it is not realistic for most people to visit due to the costly nature of a trip here and the dangerous risks that come with it.

Luckily, there are plenty of other destinations for you to take a trip and chase the Aurora Australis!