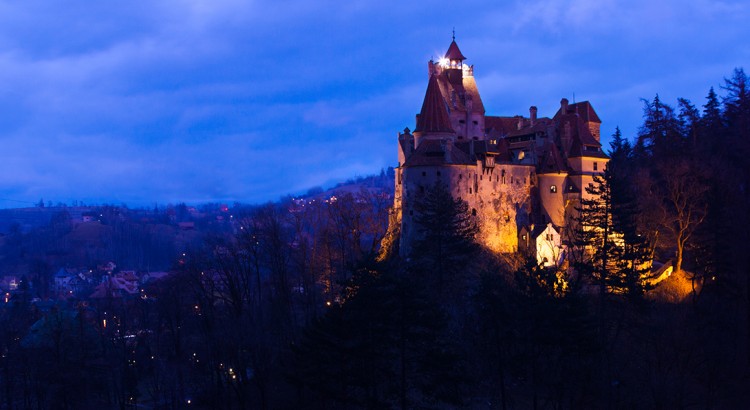 If Hallowe’en is No. 1 on your favourite times of the year list, then why not make it extra special by planning a getaway to one of these frightening-but-fun places? Be prepared to scare yourself silly…

Where else could we have chosen as the top place to “enjoy” Hallowe’en? No contest – Bran Castle wins by a “neck”!
Travel just a couple of hours from Romania’s capital Bucharest, and you’ll find yourself in this fang-tastic region. Bran Castle is where the evil Vlad the Impaler hung his victims out to decompose, and the legendary Count Dracula in Bram Stoker’s infamous book was from around here too. When planning a visit here, it’s time to start stocking up on garlic and wooden stakes, in our opinion.

Closer to home, it’s just as easy to have a spook-tacular Hallowe’en, because Edinburgh has terrible tales in spades and on any dark, dank night there’s an eerie quality about the place. Tours will take you to explore the catacombs below the city, where Burke and Hare, the well-known body-snatchers, hid corpses before delivering them to surgeons for dissection. Or you can visit Mary King’s Close, below the Royal Mile, where people lived (and died of The Plague) underground. There are few better places to seek out some spirits. And we’re not talking whisky here.

Started centuries ago, Dia de los Muertos is celebrated throughout Mexico and falls on November 1st and 2nd – All Saints’ Day and All Souls’ Day.
People honour their deceased loved-ones, believing that they return to their earthly homes to celebrate with them. There’s a folk tale that neglected spirits may return to seek vengeance on those who have forgotten them, so it’s probably pretty important not to leave anyone off the list.
Some families celebrate by holding all-night graveside rituals, while others set up altars by way of commemoration, which need to be stacked with lots of food, including sugar skulls, and drink for their dearly departed. Sounds like a sweet way to enjoy Hallowe’en to us!

Residents of this cool Southern city know how to celebrate Hallowe’en – it’s their second most celebrated time, after their famous Mardi Gras. And let’s not forget that it was the setting for the book and film, An Interview With The Vampire.
With its reputation for voodoo and the supernatural, it’s a must-do for Hallowe’en aficionados. You’ll find paranormal tours of the city abound here, and for the ultimate scary night out, head for the creepy Manchac Swamp to the northwest. It’s where hundreds of people perished in a tidal wave, giving it its nickname – The Haunted Swamp. Just don’t get too close to that swamp water.

Known as “The City of Light”, Paris also has a pitch-black dark side. Unknown to many unsuspecting tourists strolling the boulevards of this beautiful city, beneath their feet is a vast network – 200 miles-worth – of catacombs containing the remains of no less than 6 million people. Yes, 6 million.
They’re the reason that Paris doesn’t have many tall buildings – deep foundations are a no-no.
These millions of poor souls were taken from condemned cemeteries, and their bones lie stacked against the walls of the tunnels. You can tour the catacombs on organised visits, for a Hallowe’en holiday experience you will never forget as long as you live, heading down into the bowels of the earth into the dark and the silence…boo!