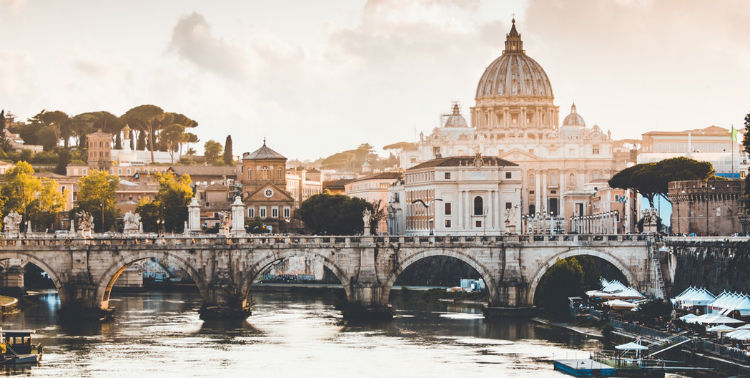 Italy is synonymous with sophistication, luxury, and taste. Whether that is in the world of fashion, cars, food, music, or art – there’s no denying that the Italians have a talent for creating some of the world’s most admired belongings.

When you visit Italy, it is the perfect opportunity to admire some of its beautiful masterpieces up close and explore what we might call Classic Italy. Below we’ve rounded up six cultural experiences where you can become familiar with Italy’s quintessential contributions to the world.

The Ancient Greeks used to call Italy “Enotria,” in reference to its production of extraordinary wines. With so many grape varieties grown across Italy, it’s impossible to list all the types you should try. Though many wine connoisseurs would agree that a Chianti or Brunello di Montalcino from Tuscany; Prosecco di Valdobbiadene from Veneto; a Sicilian wine; and a red from Valtellina should be on everyone’s must-sample list.

Italy counts 54 UNESCO World Heritage Sites within its borders, the most of any country on the World Heritage List. The Dolomites; The City of Verona; Ferrara and the Po River Delta; the Historic Centers of San Gimignano, Florence and Rome; Hadrian’s Villa and the Villa D’Este at Tivoli; the archaeological area of Pompeii, Herculaneum and Torre Annunziata; the Sassi (rupestrian architecture and churches) of Matera; the Amalfi Coast and the Aeolian Islands are just some of the most well-known.

Eat pizza in Naples, pesto in Genoa, and buffalo mozzarella in Campania – garnished with Modena balsamic vinegar and locally grown olive oil. No matter what you eat, and where you eat it, Italy is associated with good food and the Mediterranean diet is recognised as one of the healthiest in the world.

Da Vinci was born in Tuscany in 1452 and remains one of the world’s most famous Italians. Dotted around the country you’ll find some of his finest works. In his home town of Florence, the Uffizi Gallery hosts works painted by a young Leonardo prior to 1482 while he was an apprentice under Andrea del Verocchio. Then in Rome’s Vatican Museums you’ll find an unfinished painting called St. Jerome in the Wilderness. And the world-famous Last Supper can be found at the Convent of Santa Maria delle Grazie in Milan (but make sure you book ahead).

Walk in the footsteps of Romeo and Juliet

Romeo and Juliet is one of the most famous – but tragic – love stories to ever grace the stage. And it was set in none other than Verona. Here you can visit the house of Juliet: Stallo del Cappello, an old tower house dating back to c.1200-1300. These days, the house holds a collection of antique engravings – the subject of which is the story of two lovers – and furniture and costumes used in the film version by Franco Zeffirelli. Then in the courtyard there’s a bronze statue of Juliet by Nereo Costantini.

Visit the birthplace of opera

Not only is Italy the birthplace of opera, but many of the world’s most respected composers hail from Italy. The Arena of Verona is one of the most famous opera theatres in the world. As well as the oldest: having been built in the first century and remaining one of the best preserved ancient structures of its kind.