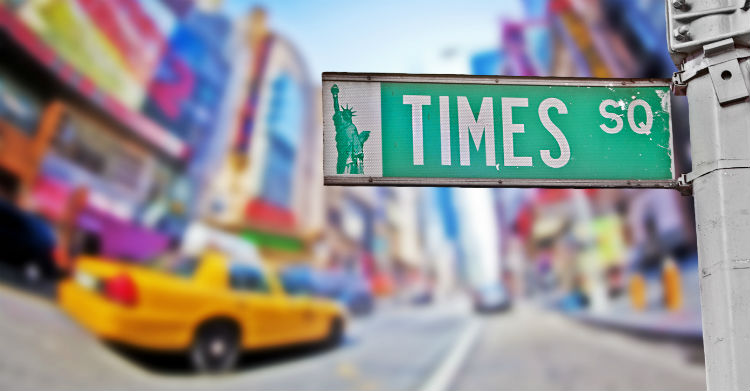 Here’s some bucketlist ideas for New York City which is the world’s melting pot of culture. This skyscraper packed metropolis is the most populated city in the US, making it one of the most diverse and culturally rich in the world, so it has to be jam packed with attractions. From famous landmarks, designer stores and Michelin star restaurants, what’s not to love?

1. Climb to the top of the iconic Empire State Building.

2. Wander through the urban garden that is Central Park.

3. Sail over to Liberty Island and get a photo with The Statue of Liberty.

4. Sit and watch NYC go by at Times Square.

7. See NYC from the Top of the Rock Observation Deck.

8. Experience the oriental in China Town.

9. Let out your artistic side at the Guggenheim Museum.

10. Journey through Times Square and Midtown Manhattan on board THE RIDE: half tour, half theatrical show.

11. Take a look into the immigration gate of America at Ellis Island.

13. See an award winning show on Broadway, from Aladdin to Les Miserables.

14. Walk down Wall Street beside the millionaires.

15. Watch the filming of shows like Jimmy Kimmel and Good Morning America for free at ABC Studios.

17. Observe the exotic animals of NYC at Central Park Zoo.

18. Pay homage to John Lennon at the Strawberry Fields Memorial.

19. Cross the Brooklyn Bridge and view the city from a different angle.

21. Look down on the Big Apple from a helicopter tour.

22. Party in the city that never sleeps, with high profile nightclubs like Output and Sullivan Room.

23. Get involved in America’s greatest past time at the New York Yankees Stadium.

24. Have a blast at New York’s most iconic and oldest theme park – Coney Island.

25. Eat like the locals and order yourself a lobster roll.

26. Walk The High Line, a renovated walking path that was once railroad tracks and a testament to urban beautification efforts.

27. See what the fuss is about at New York’s first pizzeria Lombardi’s.

28. Pose with the Charging Bull on Wall Street.

29. Dig deep into the strong Italian roots of NYC in Little Italy.

30. Splurge out on the most extravagant brands on 5th Avenue.

31. Be the first to listen to up and coming music acts at Prospect Park.

32. Explore all five boroughs of New York: Manhattan, The Bronx, Brooklyn, Queens and Staten Island (the ferry to Staten Island is free).

34. Admire some of the most prestigious works of contemporary art at the Museum of Modern Art.

35. Take a trip to television past and explore the locations of your favourite TV shows, such as Gossip Girl and Sex in the City (you can walk by Carrie Bradshaw’s front steps on 66 Penny Street in Greenwich Village).