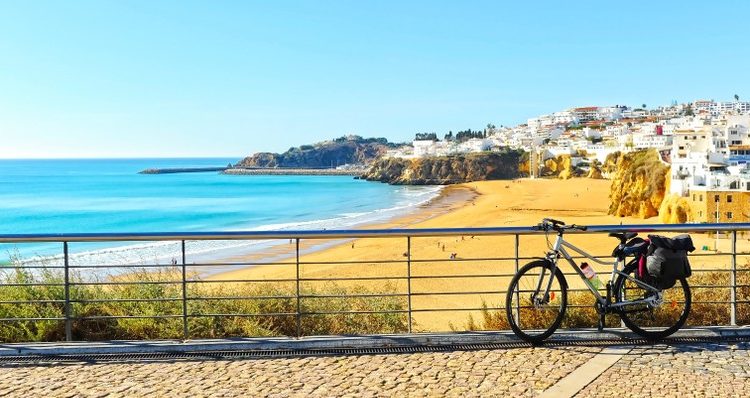 The Algarve is famous for its beaches and year-round sunshine, however, the Algarve is also home to charming cultural attractions. The location where Faro sits – the cosmopolitan hub of the Algarve –has been occupied in some form or another since the 4th Century BC. Then over the years, the city and the wider region has changed hands between Roman, Visigoth and Moorish rule – before becoming the elegant and tourist-friendly city that it is today.

This fascinating history has resulted in an eclectic mix of historical sites across the region. Here are just 5 cultural attractions that we recommend putting on your itinerary when on holiday in the Algarve.

The Algarve has a rich maritime history and the Portuguese were avid explorers. The first-ever lighthouse in Portugal was erected in 1515 on Cape St Vincent, off the coast of Vila do Bispo. The original lighthouse is now gone, but the one that now stands has been there since 1846. Today, the arches of the cloisters and the water tanks still remain from the old convent, as does the wall of the fortress that protected it.

Tucked behind Faro’s attractive modern buildings and a stylish marina, you’ll find the quaint Old Town that is ringed by medieval walls. Within these historic walls, you’ll stumble upon Moorish and Roman ruins and landmarks while you wander along the cobblestone streets.

Discover a period in history when the Roman’s occupied the Iberian Peninsula in the 3rd Century. Though there are also graves that date back to the Bronze Age on-site as well. Key points of interest include the residential zone next to the Port, the bath-houses and the fish-salting factory.

The Algarve is home to an impressive number of historic castles, but our favourite is the Castle of Alvor. It might be small in size, but it is one of the most historically important castles in the Algarve: having been a military fort, an excellent example of Manueline architecture, and a place where one of Portugal’s Kings passed away.

Silves may look like a traditional Algarve town to the naked eye, but this unassuming town was the capital during the Moorish occupation. Many ancient landmarks still stand today, and the most widely visited include the red-stone castle and the cathedral.